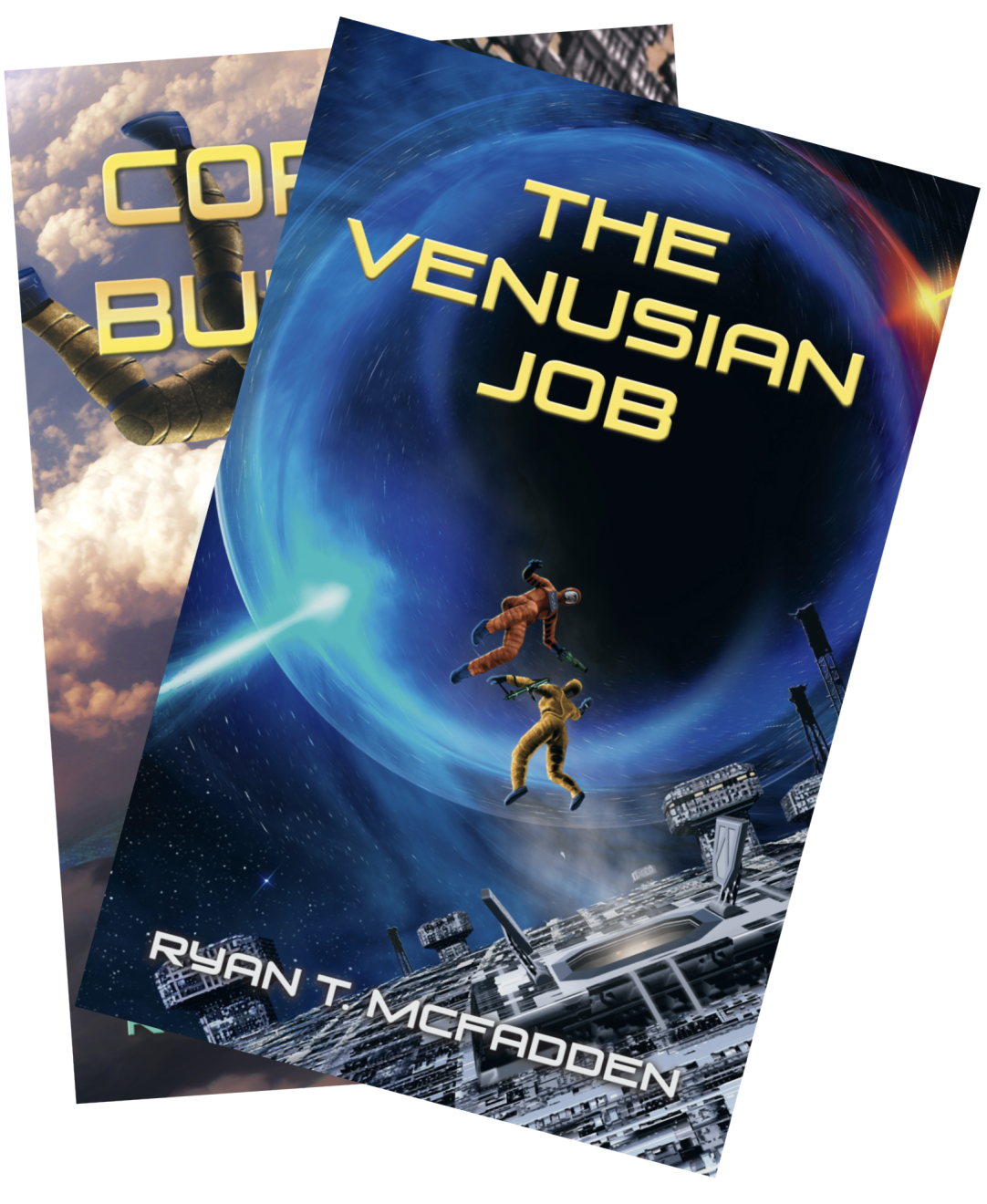 The Venusian Job (Book 1): When you’re running from an interstellar crime lord, what better place could you find to hide than a maximum-security prison orbiting a black hole? Emily Van Lars, a.k.a The Engineer, the galaxy’s most famous thief, thought The Trench was the perfect hideaway after Kaiser Turpin murdered her partner when she refused to take his proffered contract.

Corona Burning (Book 2): In the action-packed sequel to The Venusian Job, Emily “The Engineer” Van Lars and her motley crew of mercenaries and madmen must take on soldiers, criminals, aliens and an artificial intelligence bent on destroying the known galaxy.