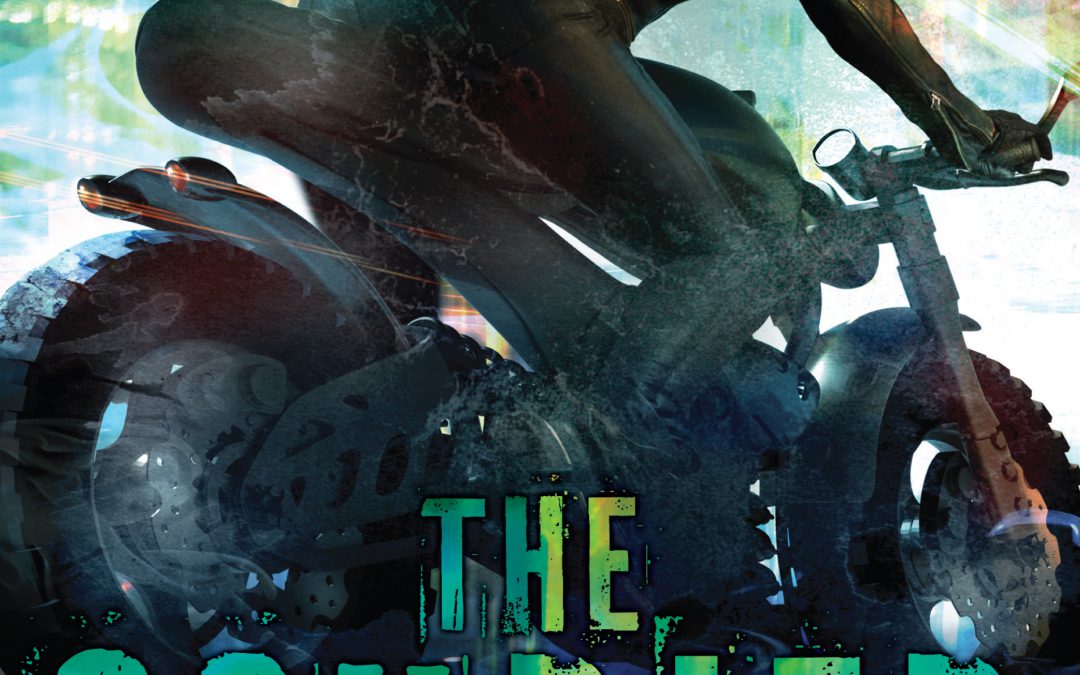 Like I said: a lot of friends with book releases last week. Today we have another SF Noir (my fav kind of book) from Gerald Brandt called The Courier. Not only is Gerald my buddy, but he hit it big with this book. If I said ‘he’s published through DAW’ then most would nod but not know what how awesome it is. I’ll use a hockey analogy to describe it.
So writers are hockey players (some of us are — why, many of us look just like you!) We’d be pretty good players–semi-pro. To a non-hockey player, we’re all amazing. To other writers, publishers, agents, we’re average. We’re a dime a dozen down here in the pits (errr, rinks). And there are a LOT of us, all trying to get the attention of the scout or GM or whatever. So there we are, playing in the ECHL, when boom, Gerald gets called up. What Gerald did: he didn’t get called up to the AHL (so maybe Angry Robot Books or even CZP out of Toronto), he skipped that and got called up directly to the NHL (that would be a NY publisher).
But wait, not all NHL teams are equal. If you’re playing for Toronto and you’re filling in on the fourth line, well…that would be a mass market paperback. Little exposure. It’s still cool and all (don’t get me wrong – anyone that got a chance to play in the NHL – spectacular).
Gerald’s book is coming out in HARDCOVER. So that means he just got called up to the Washington Capitals (normally I would’ve said the Penguins, but they’re only on the cusp of the playoffs so meh). It’s a big freaking deal.
He seems to be pretty shy about it (good Canadian boy, after all) but this is a big deal for the rest of us – because it means it can actually happens to us slugging away in the ECHL. I remember saying to Eileen a few years ago: how come none of us have signed with the big publishing houses? Like none? (In the recent two years, some have, but they’ve done the more typical route: ECHL, AHL, NHL).
Anyway, I haven’t said anything about his book because I’ve been explaining how awesomely awesome it is that he has a freaking HARDCOVER BOOK PUBLISHED BY DAW.
Phew, so back to his book (and go by it): Kris Ballard is a motorcycle courier. A nobody. Level 2 trash in a multi-level city that stretches from San Francisco to the Mexican border—a land where corporations make all the rules. A runaway since the age of fourteen, Kris struggled to set up her life, barely scraping by, working hard to make it without anyone’s help.
But a late day delivery changes everything when she walks in on the murder of one of her clients. Now she’s stuck with a mysterious package that everyone wants. It looks like the corporations want Kris gone, and are willing to go to almost any length to make it happen.