An Editor and a Publisher Walk Into a Bar: Who Do You Hit On? – Part 2 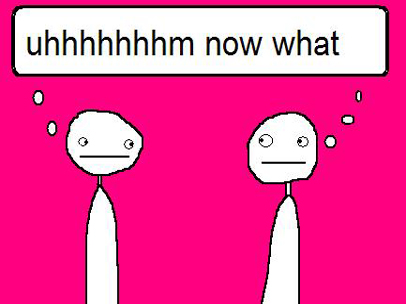 One of my first conventions was at the Montreal Worldcon in 2009. This shouldn’t have been my first as it was massive and overwhelming (<Steve from IT here: Part 1 can be found here>) but it was closest and seemed like the thing to do. Everyone was making a big deal out of it. So my friend Eileen Bell and I decided we were going to make a list of all the agents and editors that were attending, and we were going to find them, and pitch our books to them, dammit!

Well…we didn’t find a one. As you might remember from Rob J Sawyer’s quote in my previous post, they were all hiding, because they didn’t want to be found by us newbies. They only have so much time and energy, and I’m sure many only portion a small amount of their time in finding new talent.

You are trying to cold call these agents and editors. Think back to when someone calls you on the phone unsolicited. How often have you bought what they’re selling? I can say I never have. No thanks, not interested. That’s a tough, tough sell. 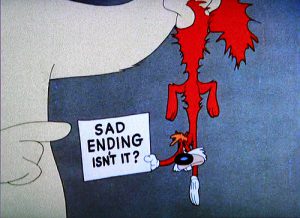 I’m going to tell you a story. This story does not have a happy ending. I’ll change the names simply because that seems like the thing to do. I’m at a party at a convention. Programming is done for the night, the dealer’s room is closed, and now is the time for the parties. It’s fairly early in the night, but the room is hopping, people are mingling, and everyone is having a pretty good time. I’m speaking with the publisher of a mid-sized press. We’re talking about something completely unrelated to writing: I can’t remember what, maybe something to do with goats and sky diving (writers tend to have very weird conversations).  *As an aside: I have never pitched to this mid-sized press. I don’t have anything ready, nor do I have anything that would suit their editorial tastes.*

As we’re talking, someone enters our conversation circle. My spidey sense is tingling! He looks like he’s in his 20s, very keen, and a little socially awkward- but that’s okay. He introduces himself and immediately says ‘I want to tell you about my book…’ to the publisher. I stop him, putting my hand gently on his shoulder and tell him “This isn’t the time or place to pitch a book. This is the time that you introduce yourself, see if the publisher is receptive to you, then suggest that you’d love a minute of their time later in the convention to talk about your book…but not now. Now is party time” The publishers often work long hours (in the dealer’s room, talking to their clients, writers, editors, etc) so this is now their time to relax.

He looked at me dubiously, as if I was trying to mislead him. Eileen Bell later suggested that this writer was thinking that I was a gatekeeper. (Steve sweating down in IT: “That’s absurd. You don’t even have a gate to keep.”) I could see that he was unbelieving that he was about to commit writer-suicide with this press, so I called out to an editor who was standing nearby (but not part of the conversation): ‘Hey, can I pitch you my book right now…it’ll only take five minutes”.

Her reply: I will cut you if you try.  We all laughed but the implication was clear: now is the not the time nor place. Now if you knew a writer who already knew these people…they could’ve made the introductions for you… (more on that later).

Anyhoo, the young writer left. We spoke a bit more, then the conversation ended and we split. That writer waited for me to leave (thinking I was the gate keeper) then circled back and pitched his book to the publisher. How do you think that turned out? Exactly as I said it would (I did warn you) – very poorly for him.

I know what you’re going to say. “Well FFS, how am I supposed to do it then?” I can’t pitch editors. I can’t pitch publishers. And writers just tell me what not to do! I hate this game!”

Okay, I’m about to tell you how to accomplish this…the solution, so to speak. Your mileage may vary…

Oh, and that’s in Part Three.