All Cities are not created equal 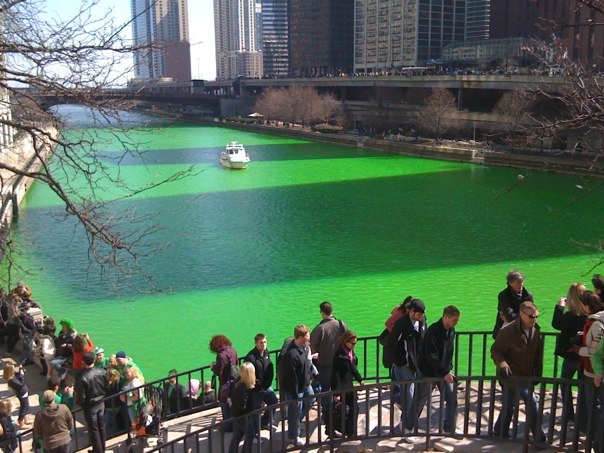 Chicago is more equal than others.  I have always been a fan of Vegas…but I never considered it a ‘real’ city.  It was more a fantastical concoction that existed in another realm of existence.  And I simply never considered that another city could be, well, as cool as Vegas.  Boy, was I wrong.  Considering it’s only 7 hours away, it’s kind of stupid that I’ve never visited before.   Now, I have to make up for lost time.   John, myself, and a bunch of oldies put a team in the CanAm tourney during the St Patty’s Day weekend (March 13-15th).

There are too many highlights to list…and yet we didn’t even scratch the surface of all this city has to offer.  Howl at the Moon (dueling piano bar), Boston Blackies (BEST hamburger ever), Giordonos (Chicago Deep Dish Pizza), the architecture (seriously)…hell, even a trip to a local bar called The Empty Bottle (think of a rattier Call the Office) was damn cool.

The river was green…emerald green (I have no idea how many fish die in the making of that river), and the St Patty’s day festivities were everywhere (lineups to pubs began at 10am).

Plus, the hockey was fantastic (no real silliness) and no hookers died (which is a pain because then you have to buy your ‘hooker’ kit: chainsaw, lye, rope, garbage bags, buckets, sponges, etc, etc).